If you think there are errors on this page, or the specimen is wrongly, or not, identified any help in correcting this would be greatly appreciated. 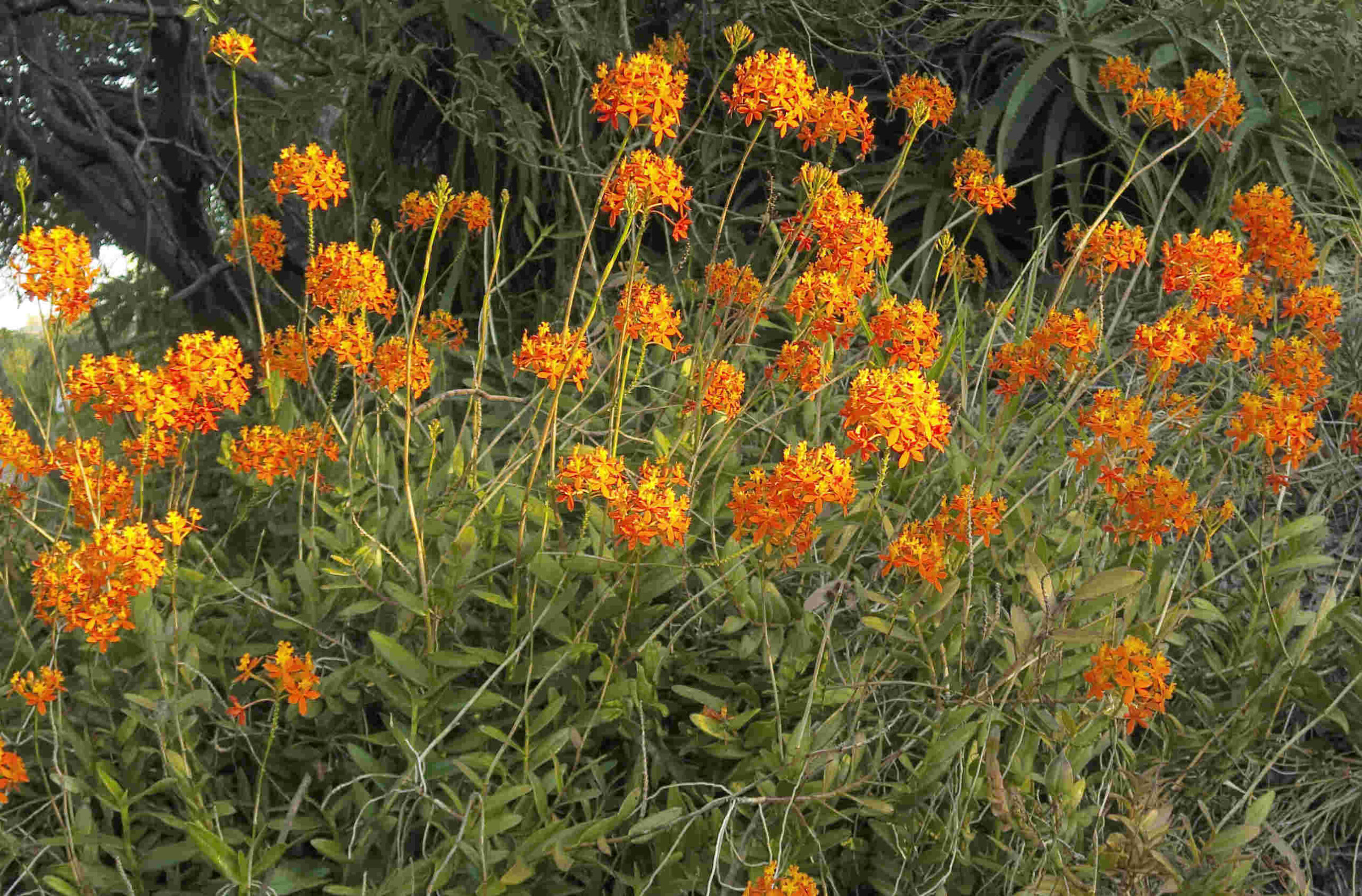 The Epidendrum genus has about 1,100 species after almost as many were moved into other genera.
Hundreds more are still being discovered.

There are only a few natural hybrids but epidendrums hybridise easily.
Hybrid parents include Cattleya (Epicattleyas), Brassavola (Brassoepidendrum) and Laelia.

With so many species there are large variations in habit and appearance.
Distinguishing features include the whole length of the column commonly being fused to the lip and
a slit in the rostellum after its viscidium has been removed.

There are epiphytic, lithophytic and terrestrial species and they often form clumps.
They range from miniatures to large plants up to 150 cm or more high.
They can have basal or aerial roots.
They are sometimes divided into 2 groups based on the stem:

There are some epidendrums that do not fit into these 2 groups.

Leaves are variable ranging from 1 to numerous, alternating and distichous.
They can be sessile or have a stalk.
They are often ovate or elliptic but can be lanceolate, linear, strap-like or rarely semi-cylindrical.
Texture varies from leathery to membranous or fleshy.
Most are green but some are lined, blotched or with purple tints.
The edge is usually entire but can have very fine rounded teeth.

Inflorescences are mostly apical or lateral but occasionally basal; long or short, straight or arching.
There can be bracts, sometimes overlapping, at the base of the inflorescence and bracteoles at the
base of the individual flower stalks.
Flowers are variously arranged along the stem and can open simultaneously or successively.
They may or may not be resupinate.

Many flowers are small to medium sized but others are up to 5 cm across and showy.
The sepals and the slightly narrower lateral petals are usually free.
They can be spreading to various degrees, curved backwards or rarely funnel-like.
The backs of the lateral sepals may have a prominent ridge or keel.
Shapes vary from ovate to elliptic to almost linear.

Flower colour can be greenish-yellow to white, pink, red, brown, purple or orange.
Some are bicoloured or have spots or speckles.

The lip is usually long and ornate, can be entire or 3 to 4 lobed, and is frequently fringed.
The surface may be smooth or have round or linear ridges or calli; one or more keels; hairs or papillae.

Most epidendrums have the column totally fused to the lip but in a few but they are separate or partly fused.
This forms a nectary tube (rarely producing nectar) which usually extends into the ovary.

When the column is free it may have wings or rarely, it forms a basal sac with the labellum.
It can be straight or arched with the top entire, slit or fringed.

The anther hood at the top may be small or large enough to cover the whole column.

The large or small concave stigma is on the front of the column and usually has protruding lateral lobes.
The rostellum above the stigma has a semi-liquid viscidium which, when removed, leaves an
elliptical slit in almost all species.

There are usually 4, variously shaped, pollinia, occasionally 2 or rarely 8 of which 4 are very small.
The stalk/s connecting the pollinia to the viscidium can be shorter or much longer than the pollinia.

The ovary has 1 chamber and the placenta is variously sized and placed.
The 3-ribbed capsule can be ellipsoidal, roundish or pear-shaped.

Generally they are terrestrial or lithophytic, erect or creeping, reed-stem orchids growing
in clumps, mostly about 1 m high but can be more.
The stems, and the inflorescences, have overlapping sheaths.
Aerial roots are found in E. radicans and its hybrids.

Many alternating, ovate, elliptic or lanceolate leaves are usually arranged in 2 ranks.
They are green or sometimes have a purple tinge.
Some have a notch at the rounded tip.

Inflorescences are from 25 to 60 cm long with resupinate or non-resupinate flowers.
Most are around 2.5 – 3.5 cm across but up to 6 cm.
New flowers form at the tip over most of the year.
A large range of colours – white, shades or red, pink, yellow, orange, green or mauve.

The sepals are spreading.
The spreading lateral petals have wavy or finely toothed edges.

The labellum has 3 lobes with fringed edges and its middle lobe can be deeply notched.
There may be more than one colour on the lip and it can be spotted.
The ridges or calli vary in number, shape, size and colour but are often 3-horned.

The column is fused to the lip.
The fruit is an ellipsoidal capsule, opening laterally by 3 or 6 slits.

Dwarf hybrids have been bred from very compact specimens of E. secundum.
The plants are up to about 20 cm high with inflorescences to about 15 cm.
They have large heads of mostly small flowers, originally orange but now in a wide range of colours.
Some bloom over most of the year.